Commodore Statue- This statue of Cornelius Vanderbilt of New York, whose gift of $1,000,000 in 1873 made the founding of the University possible, was sculpted by Giuseppe Moretti of New York. The statue was first displayed near the Parthenon on the site of Centennial Park, during the Tennessee Centennial Exposition in 1897. It was moved to the Vanderbilt campus after the exposition closed in the fall. 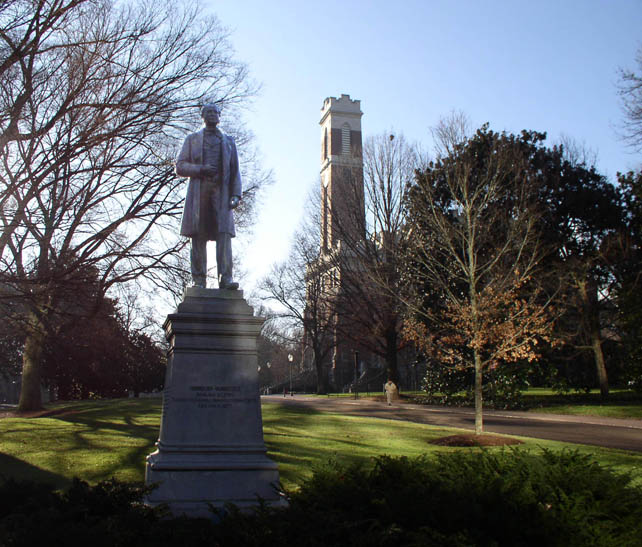